Athena is home to the Gem Theatre, built originally in 1901, but having fallen into non-use and disrepair, is the target of a renovation by Athena's Gem, Inc. a non-profit group formed for that purpose.

The Hodaka club several years ago, decided to help out with the project by donating money from a raffle bike each year at Hodaka Days, held in Athena. You can read an article about the renovation project at the East Oregonian website.

The group has had plans drawn up showing the future of the building which will eventually house a Hodaka Museum, in honor of the marque's history in the town! If you'd like to keep in touch with this project visit the Athena's Gem, Inc facebook page.

CLICK THE GRAPHIC and you can purchase an engraved paver for the sidewalk in front of the Star Saloon and Hodaka Museum! Look for the Buy a Brick page. Below is a recent picture of the GEM Theater showing that a lot of progress has been made!! 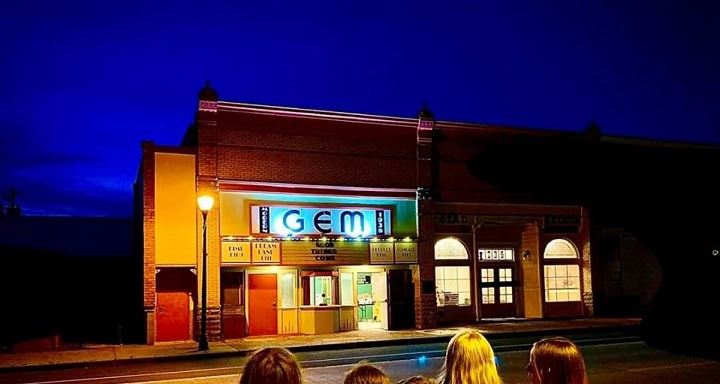 Hodaka Name and Logo are Copyright © Hodaka Parts, Inc. and used with permission

The Hodaka Club is chartered by the American Motorcyclist Association (2006) and incorporated in the State of Oregon.